Home » Health » Watch: What Happens To Your Lungs If You Smoke Just 60 Cigarettes 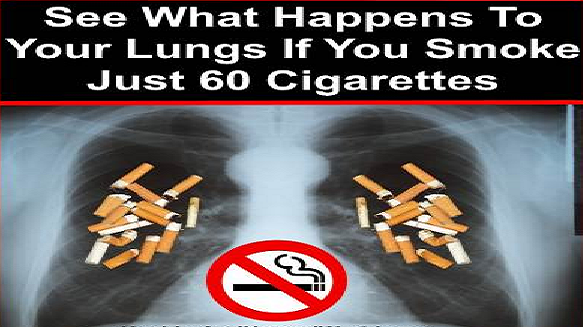 By now, most people know that Smoking can cause a number of diseases, as lung cancer and heart disease.

According to World Health Organization (WHO) There are about 1 billion smokers in the world today.

More than 6 million people a year die from snuff. 600,000 deaths are result of non-smokers are exposed to secondhand smoke.

The death toll is rising and is expected to reach 30 million a year by 2030.

a teacher in Hong Kong, Au Ryan, was so worried that students were beginning to smoke, so he created a demonstration showing the effects of smoking cigarettes which would make a set of pig lungs.

This is a smoke experiment using pig lungs. An air pump is used to inflate the lungs that simulate berating while cigarette smoke enters the lungs.

Only 60 cigarettes used in this experiment is approximately 3 to 4 days for the average value smoker.

Watch the demonstration video below :.