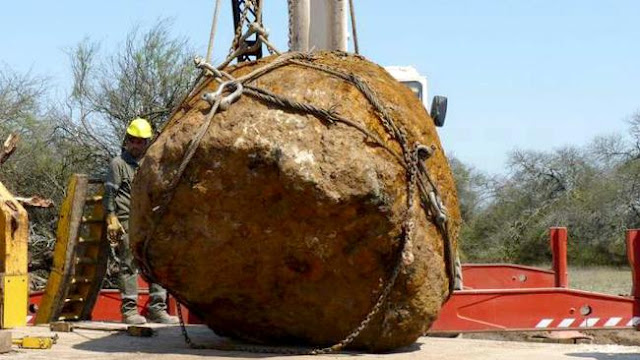 The meteorite was found in the town of Gancedo, 1085 kilometers north of the capital, Buenos Aires, Mario Vesconi, president of the Association of Chaco Astronomy said Monday.

While we waited weights above what was registered expected to exceed 30 tons, “Vesconi said, adding that” the size and weight surprised us, “the Xinhua news agency.

“It was in Campo del Cielo, where a rain of iron meteorites fell about 4,000 years ago,” added Vesconi.

The meteorite weighed again to ensure an accurate measurement.