Home » Health » If you’re on any of these medications, DO NOT use apple cider vinegar 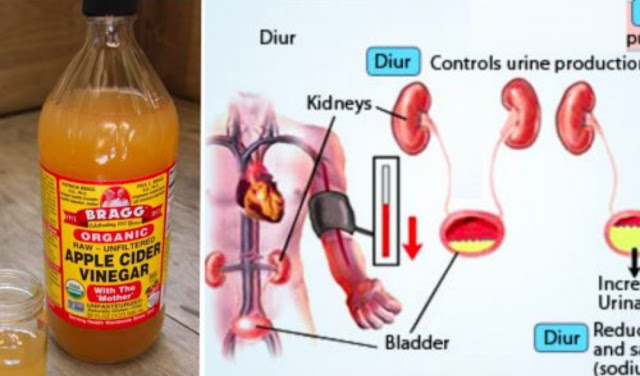 There are many reasons for people to take apple cider vinegar. There is some evidence suggesting that apple cider vinegar causes the stomach to empty slowly, making people feel full longer and helping to aid weight loss. A Chinese study also found that a high intake of vinegar gave people a 37 percent lower risk of developing esophageal cancer.

Since it is antibacterial and antifungal, take apple cider vinegar orally or applied to the skin topically can help stop the growth of a fungal infection or athlete’s foot. Even some studies have linked acetic acid apple cider vinegar to lower blood pressure, lower levels of bad cholesterol, and even reduce the risk of cancer.

Although it does not work for all diabetics, some people find that taking apple cider vinegar has an anti-glycemic effect that keep the starches from being digested and causing spikes in blood sugar.

Digoxin – Digoxin, which is also sold under the name Lanoxin is used for heart problems. Apple cider vinegar can prevent the body from properly absorbing potassium, and potassium deficiencies can increase the side effects of Lanoxin. Side effects include diarrhea, vomiting, dizziness, changes in vision, and mood swings.

Diuretics – Diuretics, such drugs as Diuril, Thalitone, Lasix, Microzide and are used to treat swelling, and encourage the body to shed water. Potassium is important for maintaining water balance in the body, so if the apple cider vinegar is already ruining a person balances sodium and potassium, which could end up severely dehydrated.

Other conditions that can stop the use of apple cider vinegar