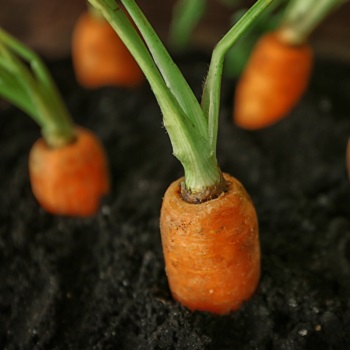 Natural Health News – The industrialization of agriculture has radically transformed the way most of our food is produced and not always in a good way.

The increase in production has led to more food available at lower prices around the world. But, increasingly, we are seeing the downside of this chemically intensive system of food production. Today, 2,000 pesticides with 500 chemicals are being used in Europe. However, data on how such substances affect soil quality are incomplete and fragmented, and do not clearly reflect their overall impact on soil systems and human health.

The first research carried out in the course of two EU-funded projects, iSQAPER and RECARE, is shedding light on the state of European soils. The results are far from reassuring. According to an article published in the magazine. Science of the Total Environment., pesticide residues were found in the vast majority of agricultural soils tested in 11 European countries.

The researchers analyzed 76 different pesticide residues from 317 soil samples. Alarmingly, 43 of the 76 pesticide residues tested were detected in the soils. "Taking into account that we tested less than 20% of the currently approved active substances in the EU markets, the presence of pesticide residues in soils could be greater," the authors state.

Pesticide residues were found in 83% of agricultural soils analyzed in 166 different combinations of pesticides. The most common mixtures that were detected at the highest concentrations were the controversial glyphosate herbicide and its metabolite aminomethylphosphonic acid, followed by the commonly used pesticide dichlorodiphenyltrichloroethane (DDT, banned in the EU in 1986) and the broad spectrum fungicides boscalid, epoxiconazole and tebuconazole

The samples selected originated in soils used in the production of cereals, permanent crops, root crops, non-permanent industrial crops, vegetables and dried vegetables, flowers and fodder. The soils of the root crops revealed a much higher content of pesticide residues than those of other crops. In fact, all proven root crop soils contained pesticide residues, and 85% of them contained multiple residues.

The content of pesticide residues occasionally exceeded their foreseen environmental concentrations in soils, but nevertheless remained below the threshold values ​​for soil organisms established by the European Food Safety Authority. However, there are still reasons for concern, since the methods used to determine threshold values ​​are: According to scientists, inadequate.

"To obtain a pesticide approved in the market, only five animals of the soil and two groups of bacteria are analyzed. But on the ground we have more than one million species, "says Professor Violette Geissen, project coordinator at Wageningen University, The Netherlands, in a video posted on the iSQAPER website." The others are not all proven the effects of pesticides, what is really tested is much less than 1%, and pesticide mixtures in soils are not tested, different pesticides can interact in soils, together they can have synergistic effects on others. knows."

The study points out the need for monitoring programs for pesticide residues and the combined effects of waste mixtures on soils. While RECARE (Prevention and remediation of land degradation in Europe through Land Care) has already been finalized, iSQAPER (Interactive evaluation of soil quality in Europe and China for agricultural productivity and environmental resilience) continues in its Efforts to promote healthy soils as the basis for sustainable food production.