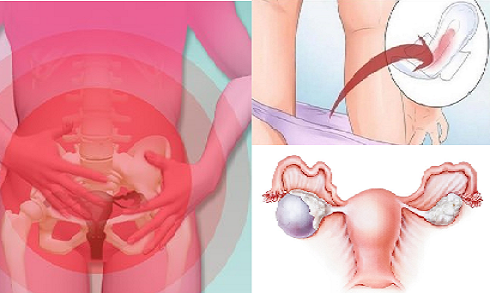 All women are at risk of developing ovarian cancer. Therefore, women should be on guard for its symptoms, which may be vague at first but typically increase in severity as the disease progresses.

It can be easy to dismiss the symptoms and put them down to something else but it is not worth the risk. Remember that early diagnosis is the best chance of survival.


The signs of ovarian cancer may be different for each woman and any one of these symptoms may be caused by noncancerous conditions.

Because the ovaries are located near the bladder and the intestines, gastrointestinal symptoms often occur.


When present, common symptoms of ovarian cancer may include:

– Persistent abdominal bloating, indigestion or nausea
– Changes in appetite, often a loss of appetite or feeling full sooner
– Feelings of pressure in the pelvis or lower back
– Needing to urinate more frequently
– Changes in bowel movementsIncreased abdominal girth
– Feeling tired or low energy

Awareness of how your body normally feels and paying attention to symptoms that persist for several weeks can help guide your decision to see a doctor.

Related Post:  8 Plants That Will Surely Clean The Air At Your Home According To NASA

Many signs of ovarian cancer, such as abdominal bloating, may suggest a gastrointestinal issue.

When to see a doctor


Make an appointment with your doctor if you have any signs or symptoms that worry you.

Your doctor may refer you to a genetic counselor to discuss testing for certain gene mutations that increase your risk of breast and ovarian cancers.